Rice puddings are found all over the world.
The recipes vary within every single country. Puerto Rican Rice Pudding (Arroz con Dulce) is a typical dessert served during the holiday season in Puerto Rico combined with delicious food, great music and festive merry-making.
Servings 6-8
Ingredients:
Procedure:
In a large saucepan, combine the 3 cups of water, salt, cinnamon sticks, ginger. Bring to a boil. Pour the liquid through a colander into a bowl; discard the spices.
Combine the spiced water with the coconut milk, 1 cup water and vanilla flavor in a large suacepan. Bring the liquid to a boil. Add all the remaining ingredients except the cinnamon.
Reduce heat, cover, and simmer for 20 minutes. Remove the lid from the pan, stir, and cook for 15 more minutes , or until the rice is cooked. (all the liquid should be absorbed) Pour onto a platter and sprikle with cinnamon.
Tip: to garnish add a cup of diced mango/peach and 2 cinnamon sticks. When serving use a martini glass.
Posted by Coqui the Chef at 6:56 PM No comments: 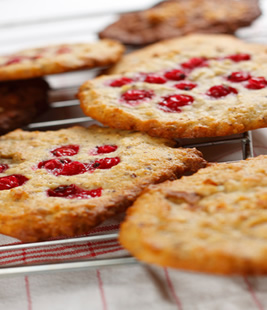 In a mixer, by hand or blender add butter, sugar, brown sugar, vanilla extract, egg blend well.  Now add flour mixer little by little.  Once done make medium balls and place them on the oven tray.  With your thumb, press down making a small hole in the middle of the cookie dough or make slightly small holes with a straw and add the fruit/jelly. Place in the oven 350 degrees F until done.